Lemons and oranges are some of the most versatile fruits available. Besides serving as ingredients in recipes, they also add flavor to water and tea, brighten up salads, and can even be used as natural cleaners! Perhaps one of the most popular uses of these citrus fruits, however, is to make orange marmalade. This recipe will show you how to make orange marmalade at home using the stove top method, so you can enjoy this sweet-tart spread on toast or bread year-round.

Orange mermelade is made entirely of fruit, an orange spread that you can add to toast, cakes, and other foods, though it also serves as a sweet treat on its own. But what exactly is marmalade? And how do you make it? Here’s your guide to making this delicious spread in your own kitchen with lots of pro tips.

What is Orange Mermelada?

Orange mermelada is a vegetarian preserve made from oranges that have been cooked with sugar, water, and a little lemon juice for flavor. Oranges have the ideal balance of tangy and sweet flavors. This jam is a mouthwatering explosion of fresh fruit flavor.

Making orange mermeladas involves using the right proportions of fruit, water, and sugar, cooking the fruit and water over a low heat until the fruit is softened, adding the sugar and stirring it in to dissolve it, and then cooking the mixture until it reaches setting point. Instead of using a tall, narrow pot, it is advised to use a wide pot with a large surface area because it will hasten the cooking process and lessen the likelihood of a dark, overcooked jam.

Marmelade, a French word that was derived from the Galician-Portuguese word marmelada, was the source of the word "marmalade" before it first appeared in English in 1480. Portuguese-made marmelada—thick mixtures that were brought from Portugal to England as early as 1495—is where English marmalade gets its name. Despite being the modern citrus preserve, the original version of this was a quince paste. In some European and Scandinavian countries, it is still used today, though in different forms, to refer to many different types of fruit preserves.

If you can find them, the Seville orange is the traditional mermelade orange. Because mandarins don't have as much pectin, making mandarin marmalade is more difficult. Making lemon and ginger jam is really enjoyable because it has a lot of pectin and will set quickly. Making ruby grapefruit is also fairly simple.

For a delicious breakfast on the go for your family every morning, orange mermelada pairs best with bread or freshly baked croissants. You can spread it on a crunchy cracker, roll it up in a chapatti, stir it into milk, or make a variety of bread and jam delights for your kids' breakfast. You will find the burst of orange flavor to be an odd flavor. 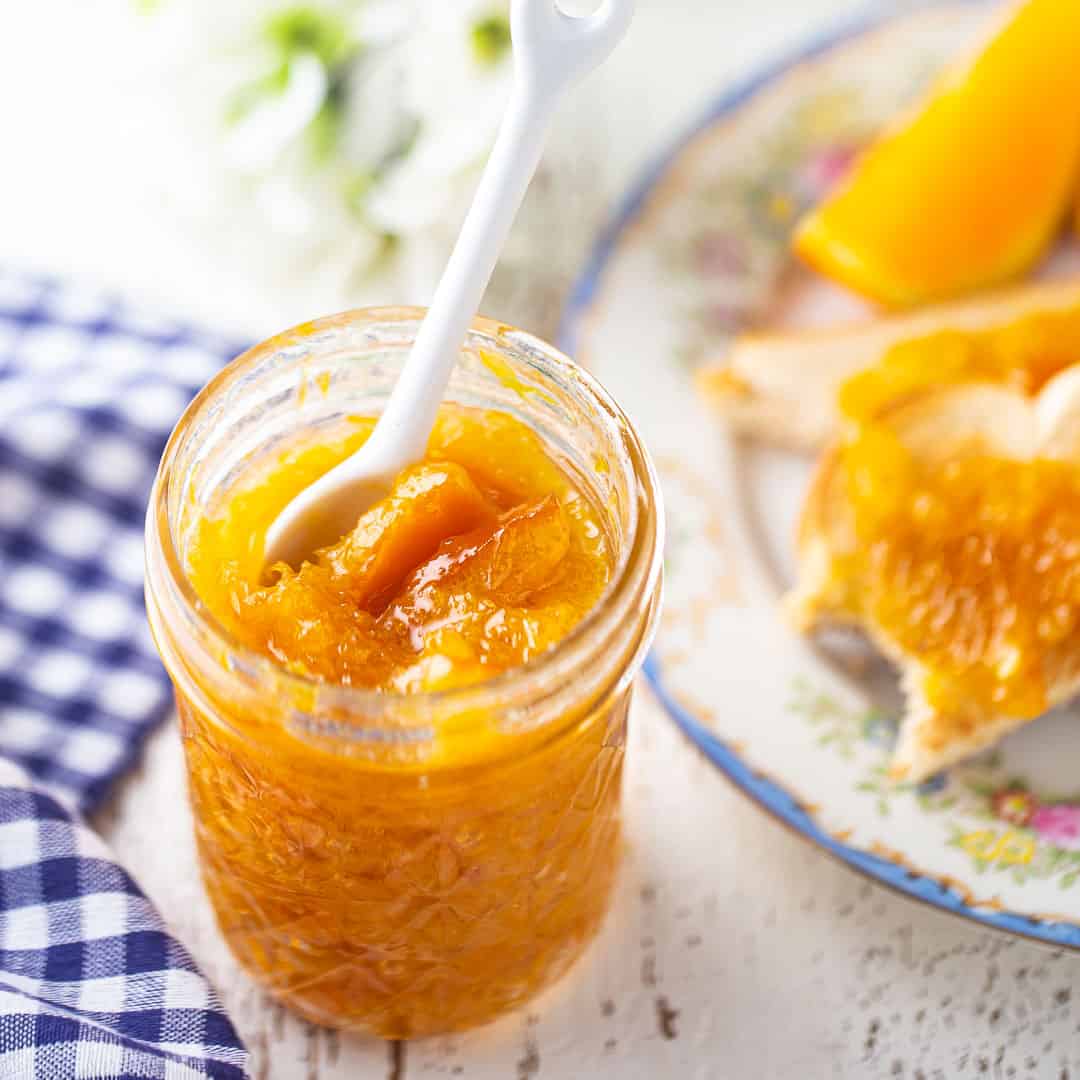 How to make Orange Mermelada

What is the difference between marmalade and orange jam?

Orange jam and marmalade are slightly different. Here is the reasoning: Jam is made from the pulp and juice of a fruit, whereas marmalade is made from the juice and peel or rind of a citrus fruit, giving it the delectable chunky bits that give marmalade its delicious flavor.

Oranges are obviously used to make orange jam, but other citrus fruits can be used to make marmalade. However, there is no distinction between orange mermelada and orange jam, if that is what we mean.

What is the ratio of sugar to fruit when making marmalade?

How do you make orange mermelada less bitter?

Because the rind isn't cooked properly, marmalade frequently tastes bitter. Cooking the orange rind, also known as the orange peel, thoroughly is one of the most crucial steps in avoiding bitter marmalade.

Additionally, blending different types can be great if you prefer your marmalade to be less bitter. Use grapefruit, lemons, limes, or blood oranges as alternatives. Natural pectin content in citrus fruits is high, making it simple to thicken.

How do you neutralize the bitter taste?

You can't just keep adding sugar to get rid of bitterness. All you have to do is thoroughly cook your orange. In other words, cook the rind in a few cups of water for up to 10 minutes, then drain it and cook it again in fresh water. Repeat two times more, and you're ready to add the remaining orange mermelada ingredients.

How do you thicken orange mermelada?

Because the orange rind and lemon juice contain natural pectin, you won't need to add anything else to thicken your orange mermelada. Pectin is a substance naturally found in apples, citrus, and other fruits that aids in the setting of jams, jellies, and marmalades. Some fruits, such as lemons, have higher levels than others, which is why lemons make a great marmalade, and lemon juice and zest is sometimes added to marmalades made with other citrus. 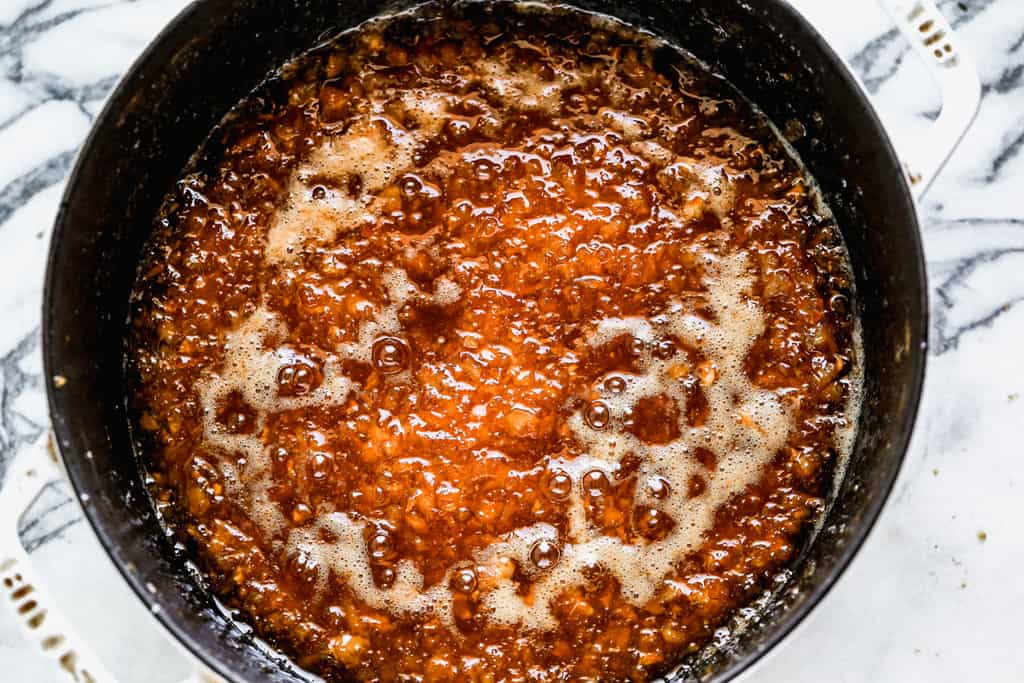 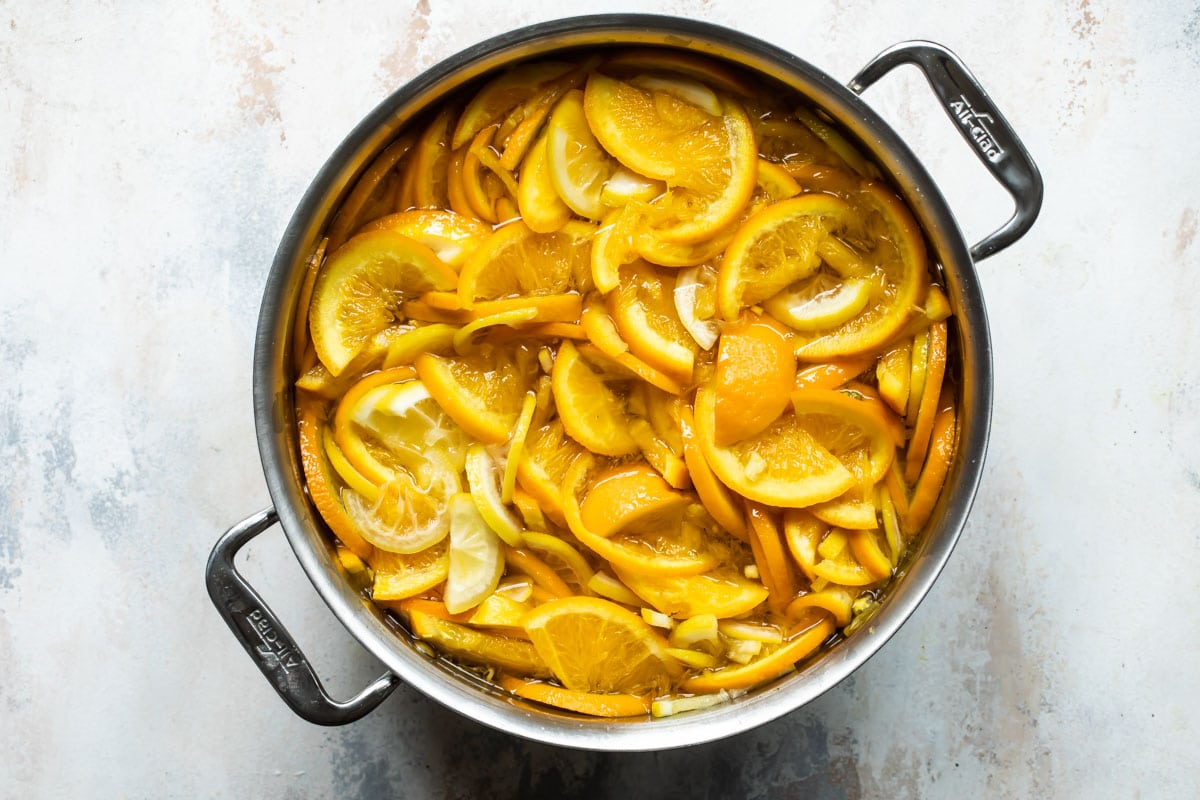 Our homemade orange mermelade is made with our own fresh oranges, which give it a unique flavor. Begin your day with toast and organic jam, a healthy and natural delicacy free of additives, coloring, and preservatives. The key to this marmalade is the use of high-quality orange fruit and an artisan elaboration process.

A tasty breakfast staple, orange mermelade is made from the peels of oranges that have been cooked in sugar until they become soft and spreadable. In this article, you’ll learn everything you need to know about orange marmalade, from how to make it to what kinds of oranges are best for this recipe. If you’re an orange lover, you won’t want to miss it!