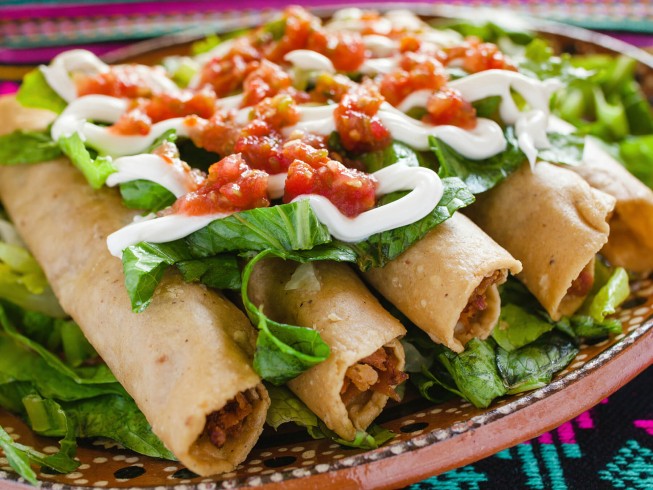 You’ve probably been to plenty of Mexican restaurants and tried your fair share of tacos, enchiladas, and fajitas, but have you ever tried flautas de pollo? If not, then it’s time to stop what you’re doing, get out of the house and get yourself some of these delicious chicken flautas. Flautas are generally rolled up tortillas filled with chicken or pork—generally served with guacamole, sour cream, salsa, etc.—and they are absolutely amazing!

What is Flautas de Pollo?

Flautas is Spanish for "flutes," a clear reference to the flautas' long tube shape. Flautas are made from flour tortillas that have been filled, rolled up, and fried until extra-crispy with a savory, spiced filling.

Flautas de pollo literally translates to "Chicken flutes!" Flautas de pollo, on the other hand, are filled flour tortillas with simple shredded chicken and fried until golden brown, then garnished with fresh toppings.

Sinaloa, a state in northern Mexico near the United States, is where Flautas de Pollo originated. It is made up of a corn tortilla or tacos that are filled with various ingredients such as shredded chicken, ground beef, or mashed potatoes. They are then rolled up and fried until golden brown.

We'll primarily be learning the chicken filling, but this method can also be applied to other fillings such as beef and potatoes.

This Spanish-inspired dish of rolled chicken inside crispy tortillas is considered finger food and can be eaten with your hands — no knife and fork required — making it an excellent choice for party food! They're frequently accompanied by a medley of shredded lettuce, pico de gallo, sour cream, and/or guacamole.

These are corn tortillas that have been elongated into a flute shape. If possible, fill them with chicken meat mixed with cream and cheese to give them an even more delicious flavor. This dish is quick and simple to prepare, and it pairs well with fresh corn chips. 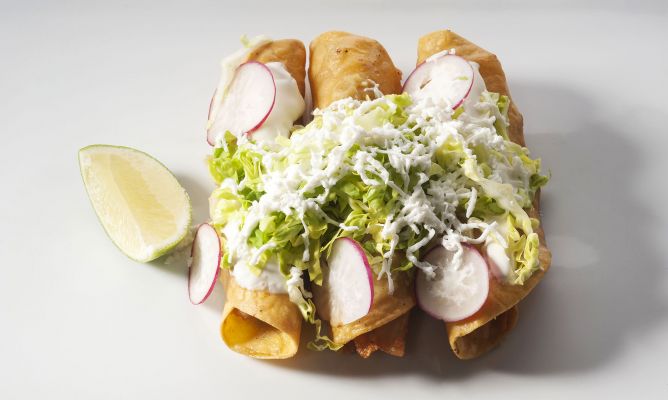 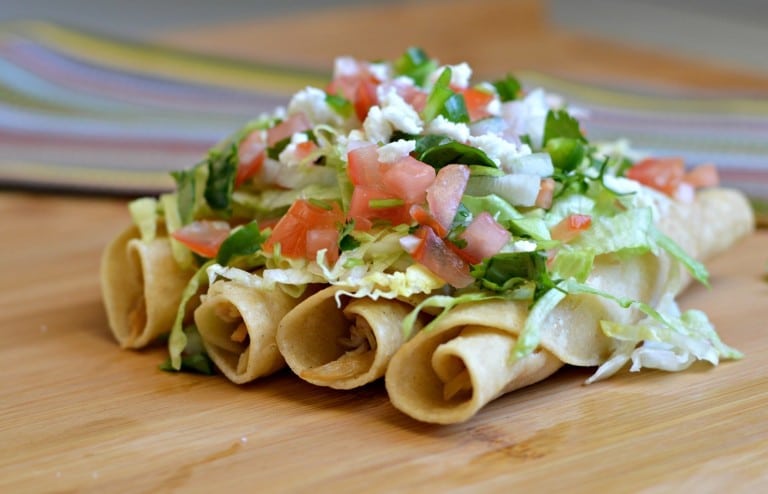 Learn how to make flautas de pollo. Flautas de Pollo are tightly rolled tacos with a cheesy chicken filling, wrapped in a crispy, golden flour tortilla. This is a video on how to prepare fantastic flautas de pollo.

Spicy, crunchy and oh-so delicious, flautas de pollo are tasty Mexican food that you can’t stop eating! Preparing them at home may seem hard at first but it’s really easy and fun when you know how to make it and have the right recipe with step-by-step instructions like this one. Follow along to learn how to make flautas de pollo recipe and treat your family to a delicious meal tonight!