What is trenette al pesto? - Trenette al pesto is a classic Ligurian dish (from the region in northwest Italy) that’s made with trenette pasta and pesto sauce. It’s one of the most popular pasta dishes in Liguria and quite possibly the most well-known Italian pasta recipe throughout the world!

What is Trenette al Pesto?

Basil is a popular ingredient in the Ligurian area of Italy. It's the foundation of pesto, along with extra-virgin olive oil, pine nuts, Grana Padano, and Pecorino. The delicious sauce shines when combined with trenette, potatoes, and green beans.

Trenette is a narrow, flat pasta popular in Liguria, where pesto originated, but linguine is a good substitute if you can't locate it. This is commonly made with potatoes and green beans in Genoa, the capital of Liguria, as seen in the Disney/Pixar film Luca.

The most basic variation of this Ligurian pasta meal is trenette noodles (or bavette, as an option) with pesto Genovese basil sauce, another Ligurian delicacy from Genova. However, most traditional recipes incorporate boiling chopped potatoes and green beans, with a creamy richness provided by a combination of pecorino and parmesan cheese in the pasta sauce. For Pasta: For Pesto Alla Genovese:

How to make Trenette al Pesto step by step 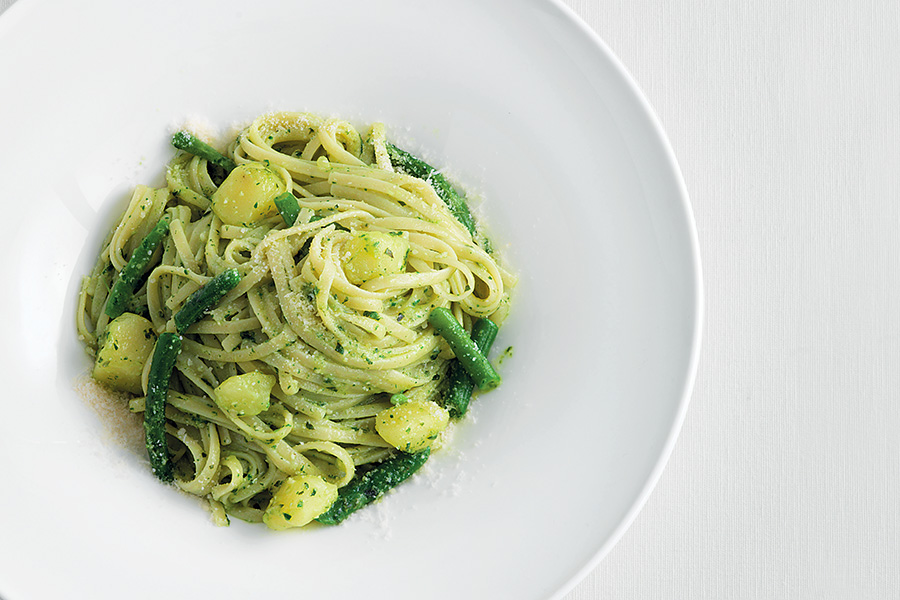 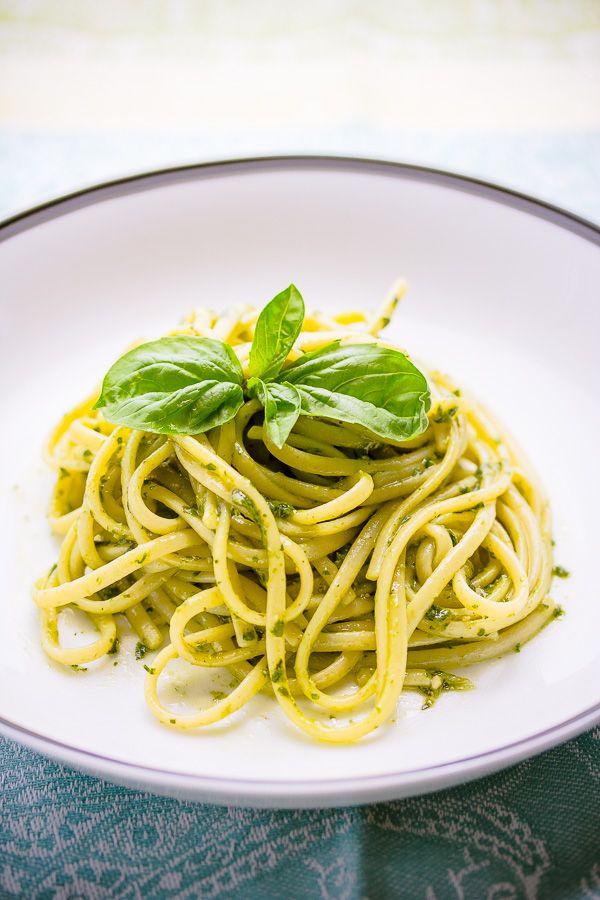 Video on How to make Trenette al Pesto

Trenette al pesto (pronounced tren-et-ah all peh-stoh) is a popular pasta dish from Liguria. Trenette, which means pasta strips in Italian, are flat and long strips of pasta that look like skinny twists of fettuccine pasta, but made from durum wheat semolina flour instead of egg and water dough like fettuccine noodles are made from.