Cau cau Peruano, or Peruvian Cau Cau, is an iconic dish from the South American country of Peru. It has its origins in the capital city of Lima and it’s now a staple at most family events and celebrations, such as weddings and baptisms. Whether you are trying to impress your future in-laws with your superb cooking skills or you’re just craving a unique taste from another part of the world, Cau cau Peruano can give you that special South American flair at home. Here’s everything you need to know about making this delicious dish.

How to Make Cau Cau Peruano: The Ultimate Recipe Guide If you’re from Peru or love Peruvian food. Try this unique recipe out, and see why so many people consider it to be the ultimate Peruvian recipe guide!

What is Cau Cau Peruano?

The cau cau peruano is a well-known and popular Peruvian gastronomic dish. It is typically made with tripe, although it can also be made with chicken, mushrooom, pork, or fish. The decision is based on your preferences and willingness to try something new.

Cau Cau is a traditional Peruvian tripe stew that is served with rice. The classic cau cau dish includes tripe, although modern variations add chicken or even seafood as the main ingredient.

Several ideas exist regarding the origin of its unusual name. They suggest that "Can" was used as a general name in the Quechua language to indicate the animal's giblets. With the arrival of the Chinese in Peru, the term "cau cau" was established to describe the need for things to be finely chopped.

Another theory is that "cau cau" comes from the Quechua word "acacau," which means "hot." Although the origin of its name is uncertain, we do know that Cau Cau is a tasty and popular Peruvian delicacy.

According to some historians, cau cau originated in African cooking and was produced by slaves sent to Peru to deal with kitchen trash. The recipe, which began so simply, gradually made its way to the tables of the country's wealthiest residents, and it is now prepared in both homes and restaurants.

In many parts of Peru, cau cau is a popular dish. Cau cau can be prepared in a variety of ways, but it often consists of tripe cut into small pieces, cooked in a tomato-based sauce with potatoes, eggs, olives, garlic, oregano, olive oil, salt, and pepper. Cau cau peruano is typically served with white rice, beans, arepas, or other side dishes. 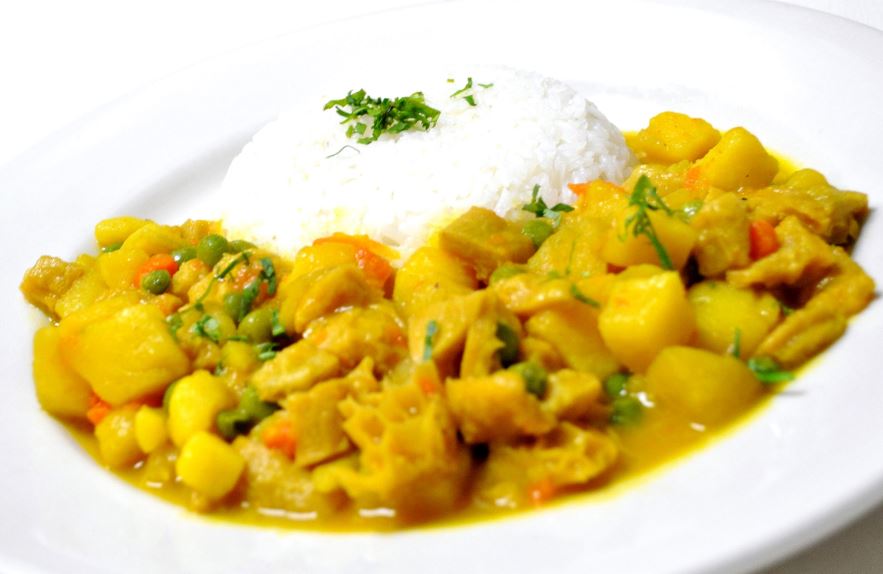 A cau cau Peruano is one of the most traditional Peruvian dishes, but you won’t find it in many restaurants anymore—the dish has become something of an endangered culinary art form, as new generations grow up without learning the secrets to its preparation from their mothers and grandmothers. Luckily, there are still quite a few Peruvians who do know how to make cau cau Peruano at home, and they’re willing to share the secrets behind its preparation with you here in this recipe guide!