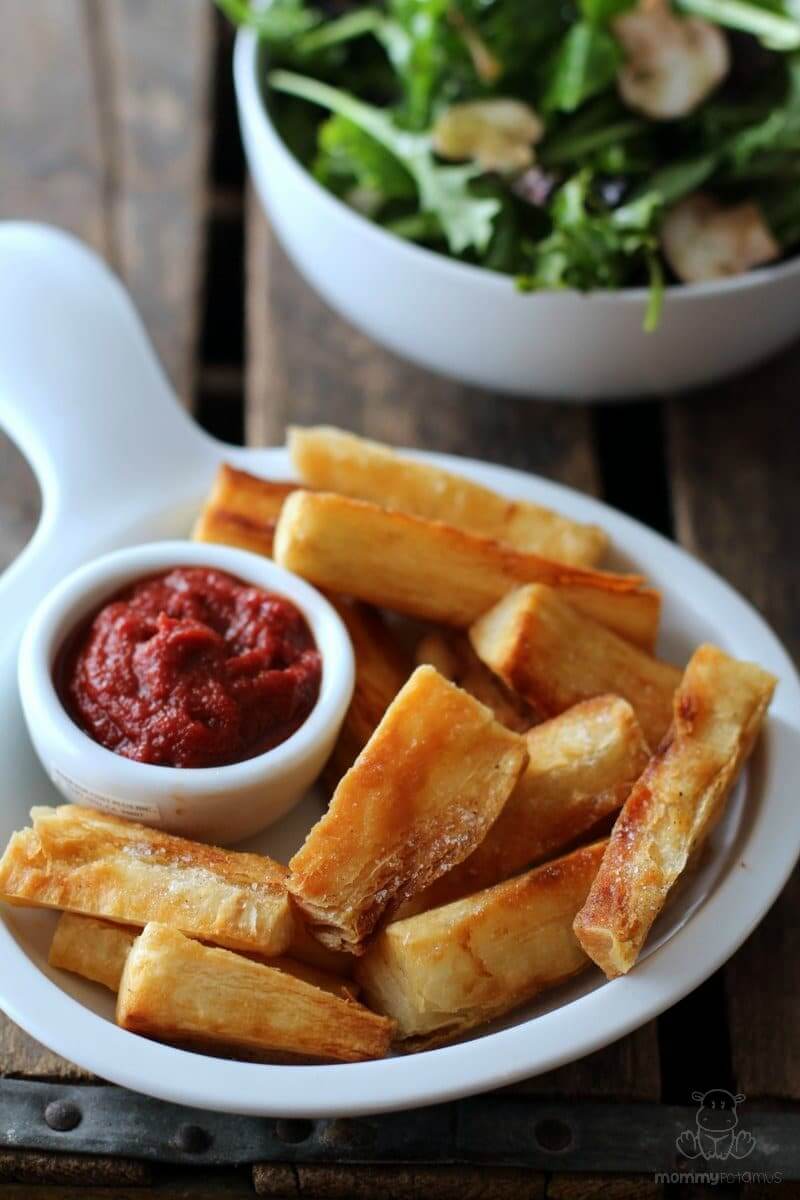 If you’ve ever tried yuca frita, you know how delicious it can be, but if you haven’t had the pleasure of trying this savory dish, then you’re missing out! Yuca frita, also known as fried cassava or taro root, is often served with side dishes of your choice such as beans and rice or a fish fillet. However, it tastes great all on its own, too!

Yuca Yuca frita (pronounced YOO-ka FRIT-uh) is one of the most popular street foods in all of Cuba, and in particular the city of Havana, where it can be found on almost every block. It’s basically like french fries, but you get all of the delicious flavor with just 1/3 of the carbs! This yuca frita recipe makes enough yuca to serve 5 people or so as a snack or small side dish.

What is Yuca frita?

Cassava is another name for yuca. A root vegetable with a rough brown skin and a hard, white interior. When cassava is processed to be fried, the fries are known as Yuca frita. Yuca frita, also known as fried yuca or yuca fries, is a delicious side dish to try when you want to try something new.

Fried yuca has a delicate flavor and a creamy, slightly grainy texture. When fried, the outside becomes crispy while the inside stays creamy. Yuca is commonly served as a side dish or as an ingredient in soups and stews, such as this Cuban ajiaco. It is especially popular in Cuban culture at gatherings and special occasions where roast pork is served.

Fried yuca can be served in a small metal pan with a light green cilantro sauce. Common preparations include boiling, mashing, or frying the yuca, which is usually served with mojo or another sauce. We begin with pre-cooked yuca. Then it's fried until golden, seasoned with salt, and usually served with a sauce.

Starting with the cilantro sauce allows the flavors to meld. 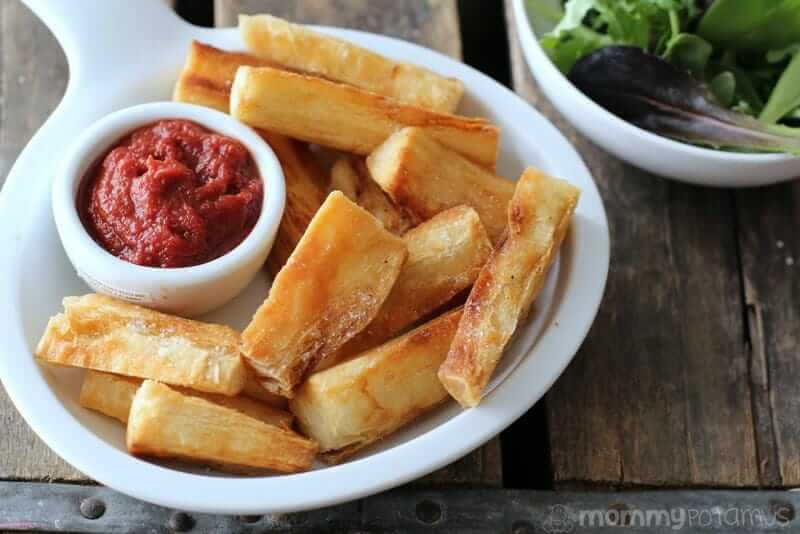 Yuca frita preparations! Here you have all the step by step information on preparation of yuca frita. Directions and how to prepare yuca frita recipe below.

Below is a recipe for the most delicious yuca frita. The recipe is very simple and you can prepare it in no time. Watch the video for a step-by-step preparation. This video will guide you to a delicious meal. Video on How to make Yuca frita

Learn how to make yuca frita. When this cassava is been processed to be fried, the fries is called Yuca frita. This is a video on how to prepare fantastic yuca frita.

You’ve probably tried tostones or patacones in a restaurant before, but have you ever tried yuca frita? You might think it’s just another tostone, but yuca frita are very different from tostones, and they have their own tasty characteristics. Before you learn how to make yuca frita, let’s talk about what it is and how to correctly pronounce it!